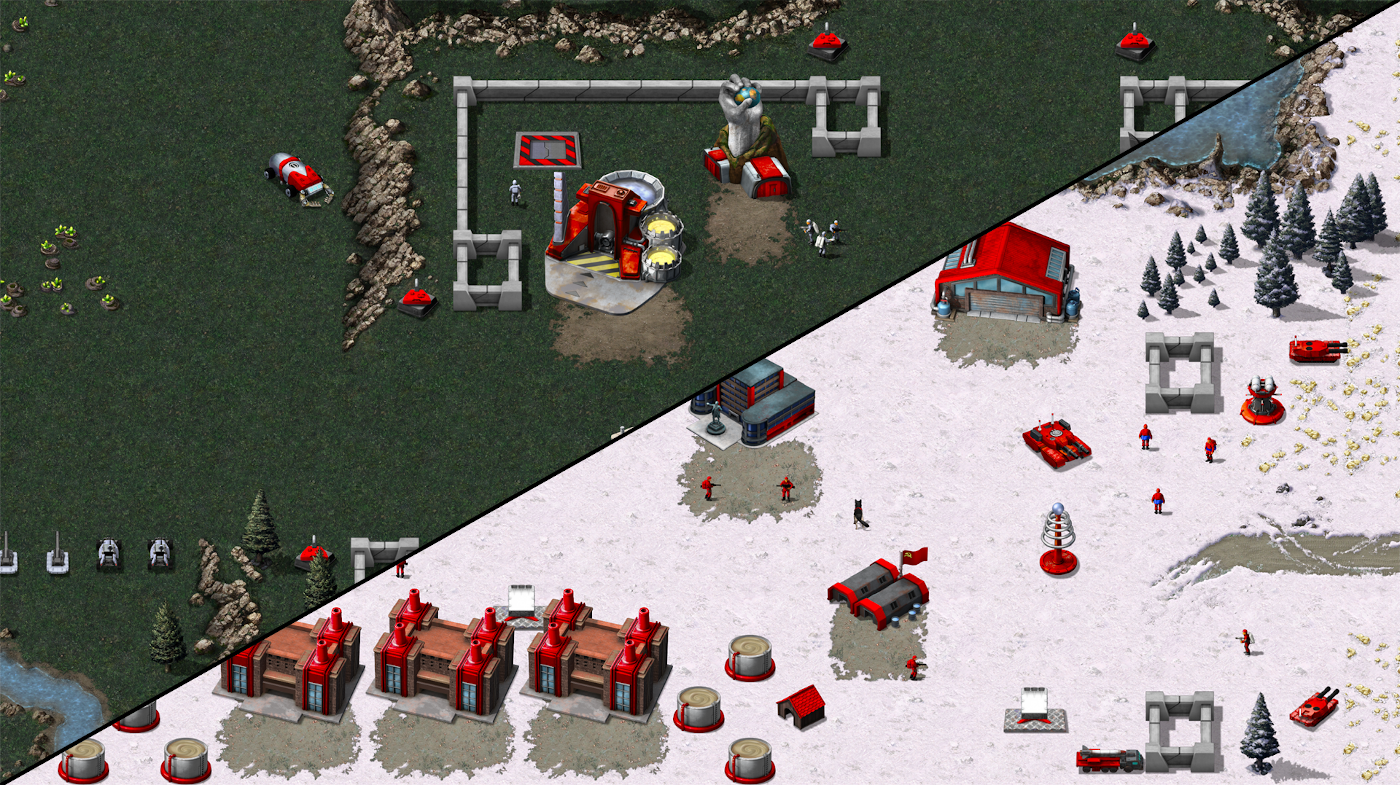 and still tanks are shooting some balls not shells... WHY

well i think it's just the case that C&C was released in 1995 and the screen resolution in those days wasnt 1920x1080 but rather 320x200 in dos version and 640x480 in win95 version - so to put it clear - in those resolution if u want to see some details u have to make them bigger . Same stuff with Dogs kennel - almost as big as the rafinery - oversized. So if they are making remaster ( not remake) so i think that they wanted to keep as much from the orginal version as posible - including the size of the structures/units and effects